Characteristics, Advantages and Disadvantages of Cryptocurrencies 7 Useful Strategies to Become a Successful Freelancer

We credit Juan Pablo de Bonet with publishing the first textbook on sign language for the deaf in 1620. The book was based on the work of Girolamo Cardano, an Italian doctor who believed that hearing words is not necessary to understand language.

People who speak sign language fluently use their eyes, hands, face and body. The vocabulary and grammar of the DGS also differ from simple communication with signs. Learning a sign language is more challenging than just learning to communicate with signs and finger letters.

It is unclear that how many sign languages ​​currently exist worldwide.

Each country usually has its own sign language, and some have over one. They estimate it that there are over 137 sign languages. Some have received a legal recognition, while others have no status at all. Linguists distinguish natural sign languages ​​from other sign languages ​​that precede from them, such as invented manual codes for spoken language, hand signals, baby signs, and signs learned by non-human primates.

Sign languages ​​have no linguistic reference to the spoken language of the country in which they are created.

The sign languages ​​of Spain and Mexico are very different, although Spanish is the national language in both countries. There are also variations within a national sign language that are comparable to dialect differences in spoken language.

An example of the variation in sign language in the deaf community is Black ASL.

This sign language was developed in the Black Deaf community as a variant during the American era of racial segregation and racism, when young black deaf students were forced to attend different schools than their white deaf peers.

“International Sign”, formerly known as Gestuno, is mainly uses at international deaf events such as the Deaf Olympiad and the meetings of the World Association of the Deaf.

“International Sign” is a term that used by the World Federation of the Deaf and other international organizations.

Wherever there are communities of the deaf, sign languages ​​have emerged as a practical means of communication. Although using sign language is primarily by the deaf and hard of hearing, it is also used by hearing people, such as people who cannot speak physically, people who have problems with the spoken language because of a disability, or people who are deaf Family members, such as children of deaf adults.

Historians suggest people used sign language to communicate well before spoken language. When you press your index finger to your lips to signal a child to be quiet, when you raise your hand to call a cab, or when you look at a window On, the history of sign language Groups of deaf people have always used sign languages.

One of the earliest written records of any sign language dates back to the fifth century BC. BC, from Plato’s Kratylos, where Socrates says, “If we didn’t have a voice or a tongue and wanted to express things to one another, then we wouldn’t try to make signs by moving our hands, our head and the rest of our body, like that like the mute do today?

Until the 19th century, it limited most of what they knew about historical sign languages to manual alphabets and fingertip systems invented to facilitate the translation of words from a spoken language to a sign language.

However, these alphabets did not document the language itself. It was not until the Spanish Benedictine monk Pedro Ponce de León (1520-1584) developed the first independent sign alphabet.

The French Charles-Michel de l’Épée published a new sign alphabet in the 18th century which has remained unchanged in France and North America to this day. In 1755, the Abbé de l’Épée founded the first school for deaf children in Paris.

Laurent Clerc was arguably its most famous graduate.

Today we know it as Gallaudet University and is still the only university for the deaf in the world.

Sign languages ​​originated in deaf communities, but actually sign language skills are beneficial for everyone who learns it, including the hearing. You can use sign language to communicate over long distances without yelling and disturbing everyone in the area.

You can communicate perfectly through glass or underwater. With loud music in a bar, you can fully understand and can understand without making an effort. 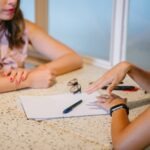 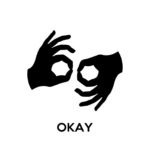